In Conversation with Maggie Harris on the subject of Home & Belonging 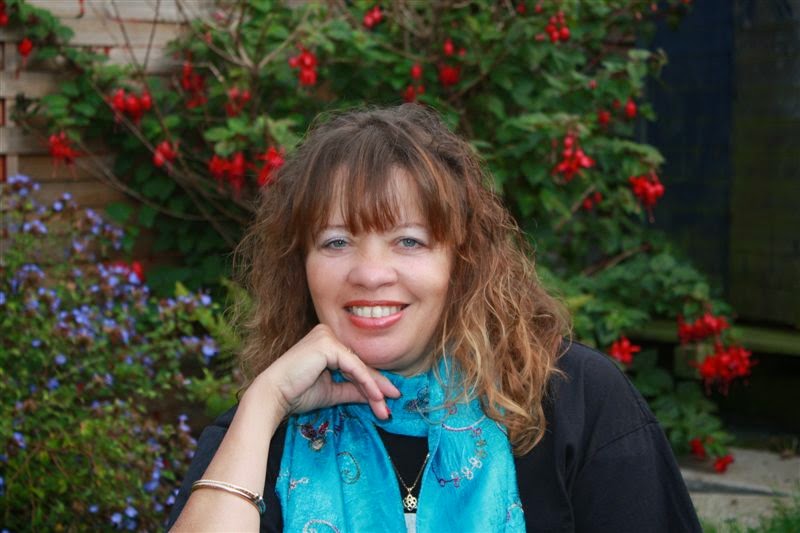 Maggie Harris won the Guyana prize for Literature for her first collection, Limbolands in 2000.  Her collection Berbice to Broadstairs reaffirmed her position as a Caribbean woman poet located firmly on British soil and she was Regional Winner of the Commonwealth Short Story Prize in 2014.  In her memoir Kiskadee Girl, Maggie recalls the Guyana of her childhood in the 1950s and 60s, enchanting the reader with a sensual depiction of New Amsterdam life and a family narrative shadowy with foreign influences and secrets.

My reading experience of Kiskadee Girl had such a great impact on me; I really connected with the narrative and was transported psychologically to Guyana. It is not often that books have such an impact, so when they do I have to consider why? Maybe I have been longing subconsciously to find that place where home and belonging are one!  Maybe now is the time to take that trip to Guyana that's been simmering for so many years?

I asked Maggie what her idea of home and belonging is, especially in the light of her childhood experiences in Guyana and her adult life in the UK:

"I have to begin by saying that part of me feels I don't belong anywhere, being a native of one country and a citizen of another will always cause a break in the psyche.  If one was to delve even deeper, we have to address questions of race and gender, history, and cultural identity.  Many of these are conditions of the human spirit that have nothing to do with where you were born.  I accepted my state of limbo many years ago, and decided to use it in an inspirational way.

My father's sudden death when I was fifteen, an occurrence which was further complicated by my fore-knowledge of it, followed by my subsequent migration, abbreviated my childhood in a very sudden and finite way.  I travelled to this country in advance of my mother and sisters, so that transition itself was difficult, and things didn't happen as I expected them to.


It's easy to say that one should feel complete in one's self, carrying one's psychic wholeness wherever you settle, and to a large extent, I live out that aspect of myself through being a writer.  I draw on the cracks in my life and cast light on them.

However, home and belonging are not just about place, i.e. familiarity, but about people.  It is about being with those you love and who love you.  As a mother, my children and grand-children have defined me as a human being as much as the country of my birth has.  It is a grown-up relationship founded in reality.  My children have grown up within a British culture to which I became acclimatised through them, as well as through my work.

For the past eight years I have been living in Wales, and that has been as difficult a transition as the very first migration.  One of the myths about belonging occurs through viewing the past through rose-coloured glasses.  As a child, I didn't think I was experiencing an idyllic childhood, on the contrary, it was a very regimented upbringing, complete with corporal punishment.  However, in the light of contemporary childhood, I feel very privileged as myself and my three sisters had the same parents, lived in the same house and were part of a social order which was supported by and large across the society at that time.

Naturally, the full nature of Guyana's turbulent past was not fully evident until later; it was the example of the adults around me that left their mark: the hard-working and spiritual ethic, the respect for education and elders.  Those were very different times, and I treasure the memory of them, the slower pace, the time for pause and reflection, waiting days for mail, the respect we were taught to show towards others. Without that upbringing I would not be the person I am.

I guess, in a nutshell, it was that solid foundation of childhood that I identify as essential elements of home and belonging; that it occurred in Guyana, was a unique and magical extra, which I continue to feel grateful for."

* * *
My perspective on Home & Belonging

Writing on the themes of home and belonging in my memoir My Skin, My Life took me back to my childhood. My grandparents lived in the basement and first floors of a large Victorian terraced house in Highbury, North London.  I lived with my mum in my grandparents' house for most of my childhood years.  This experience will always be remembered nostalgically as the first house I felt at home in.

When I moved to the Midlands with my mum in the 1960s, I was 13 years old.  I yearned to return to London and return I did, without Mum.  This was short-lived though.  Two weeks later, I missed her enough to throw in the towel and reluctantly went back to live with her. Living at my grandparents' house, despite going back to the secondary school I loved, felt so empty. 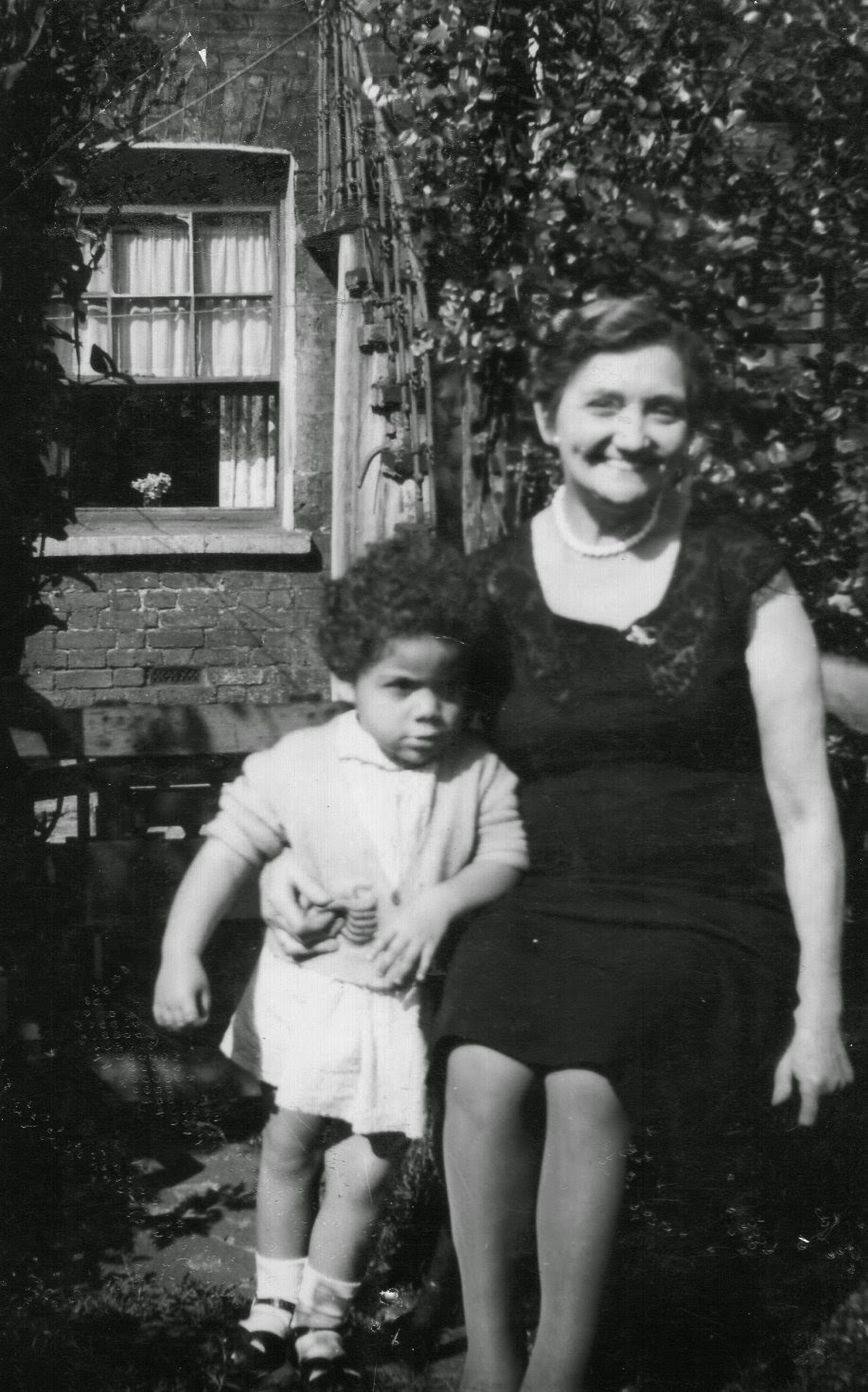 Me with my grandmother (Sophie)

So home is not just about place, although that is a factor.  Home is belonging and I belonged with Mum during those early teen years.  Had I have been a bit older, say 16 years old, then I may have had more of a sense of self and I may have been able to live in London without my mum.

I still felt I belonged in London though.  As soon as I left school in the Midlands, I made several attempts to flee the nest.  It wasn't until I was 21 years old that I made a successful move back to London without my mum and I immediately felt right at home despite the gap of eight years or so.  I think the need to return was due mostly to strong and positive childhood memories. Thank-goodness I retained them; they sustained me during my eight year wait.

And finally a quote:

"...there are places in which we feel at home, even if we don't live there; and people with whom we feel at home; and ideas that feel like home too.  Ultimately, of course, what we hope to find is a way of feeling truly at home in this world, in our own skin, with who we are, with - spiritually speaking - our essential nature.  If we push this far enough, then 'home' means being at peace in every moment, in any place." - Roselle Angwin

What does home and belonging mean to you?
I'd love to hear from you, so please leave a comment.
Posted by Nicole Moore at 12:00 pm 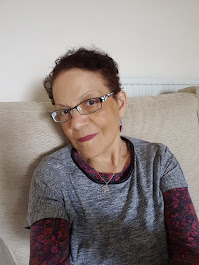